On January 4, 2021, the first edition of SkillFactor took place – an event based on the “talent show” formula.
SkillFactor’s mission was to find young talents and enable them to appear on the Polish CS: GO scene using the knowledge provided by experts. 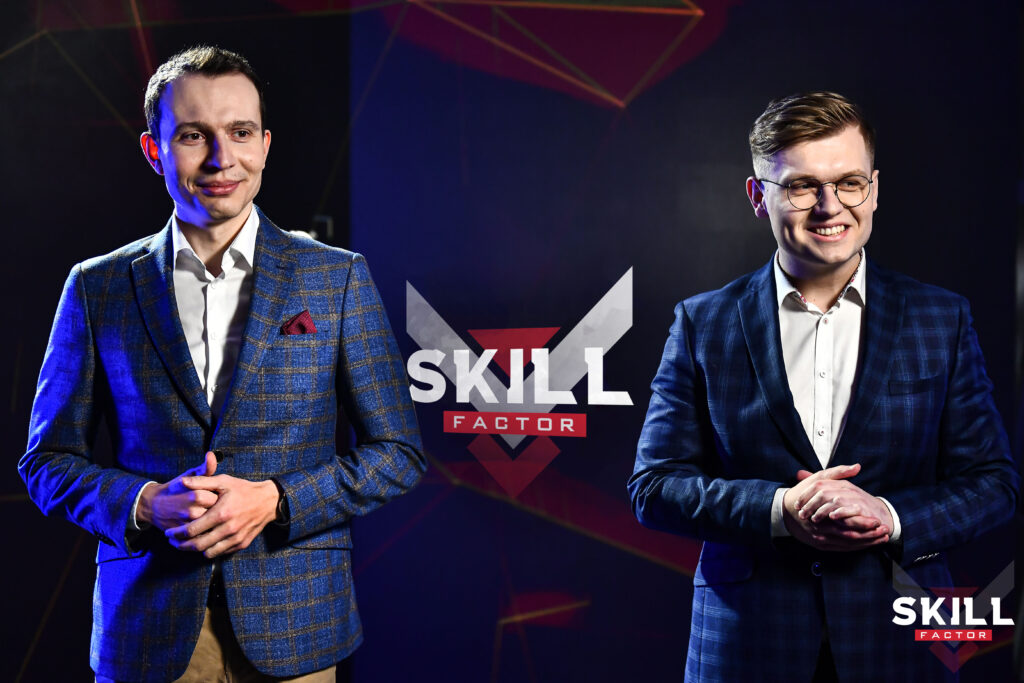 The event was attended by 4 professional CS: GO players from the Polish teams: Janusz “Snax” Pogorzelski, Paweł “innocent” Mocek, Grzegorz “Szpero” Dziamałek and Paweł “Saju” Pawelczak (and later – Jakub “Kuben” Gurczyński as a replacement for Szpero, due to Wisła Kraków trainings before IEM) 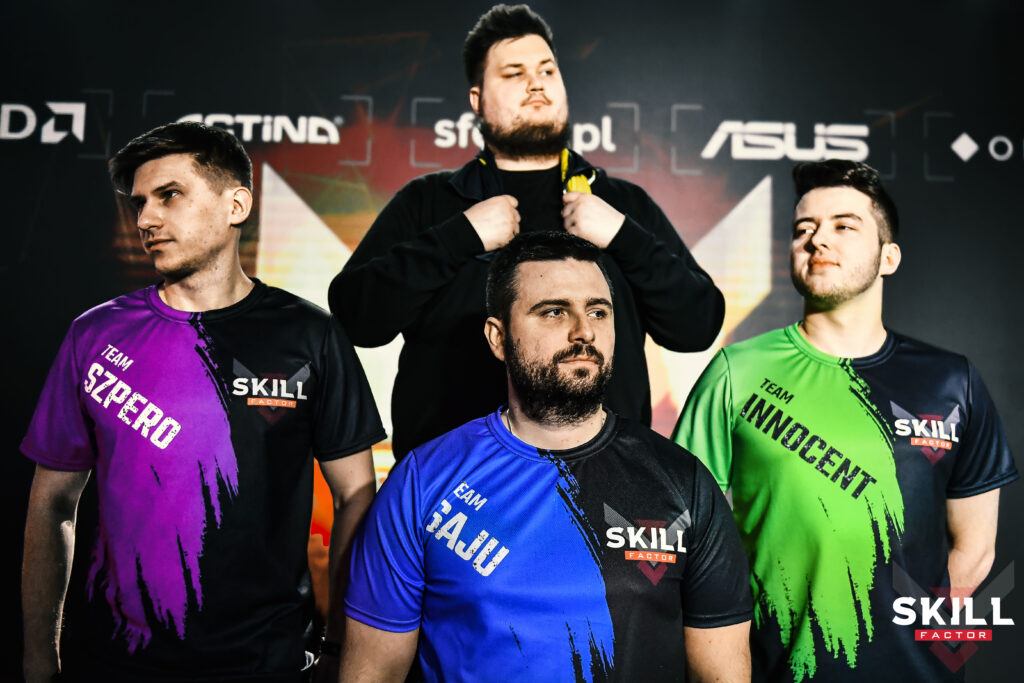 During the project, qualifications for each team led by individual coaches were carried out. Out of 672 starting teams, only 4 had a chance to qualify for the finals. Each of these teams had a training session with their mentor, during which they had the opportunity to learn tactics prepared especially for them and polish their skills not only in terms of the games themselves, but also appropriate team communication and cooperation.

At the end of his journey, all the qualified teams competed in the Grand Final, which was watched and commented by all SkillFactor coaches.
Recordings for both trailers and finals took place at ESPOT STUDIO in Warsaw. 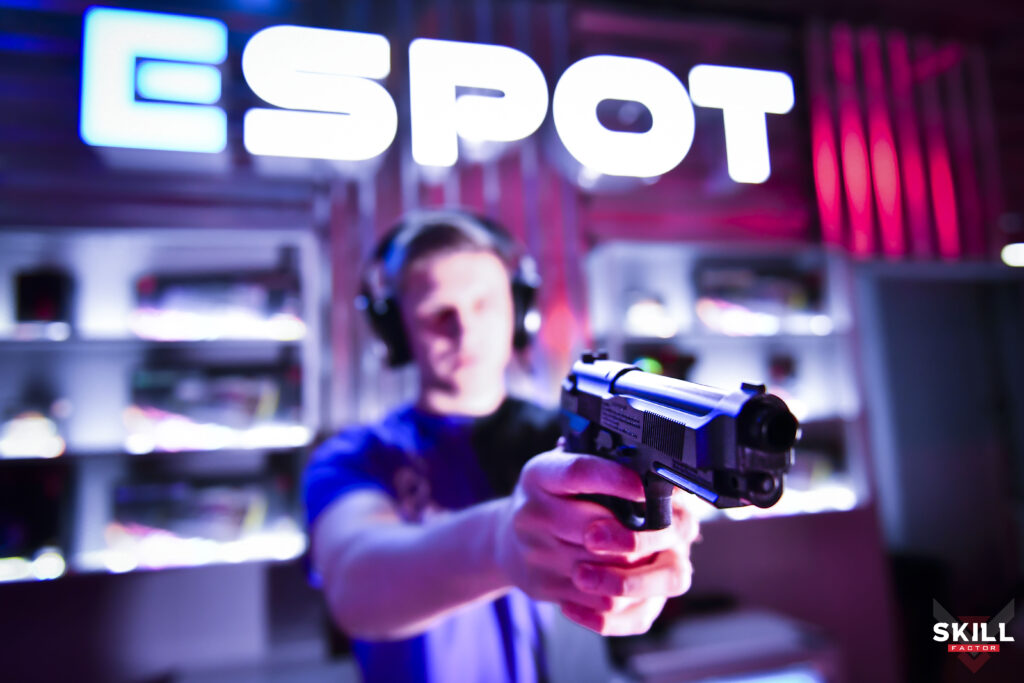 “It is a very interesting and important initiative for the Polish scene – many players are predisposed to play at a professional level and are just waiting to be discovered. This type of event is not only an interesting show and a new formula for esports, but also a unique opportunity to train together with your idol and make your dreams come true.”
– says Michał Miłkowski, Head of the Component Department & PC ACTION S.A

“Our goal is not only to give viewers the excitement of watching the competition, but to contribute to the development of the young generation of CS: GO players. I believe that everyone can make their dreams come true.”
– recalls Daniel Piątek, CEO of VYRAL 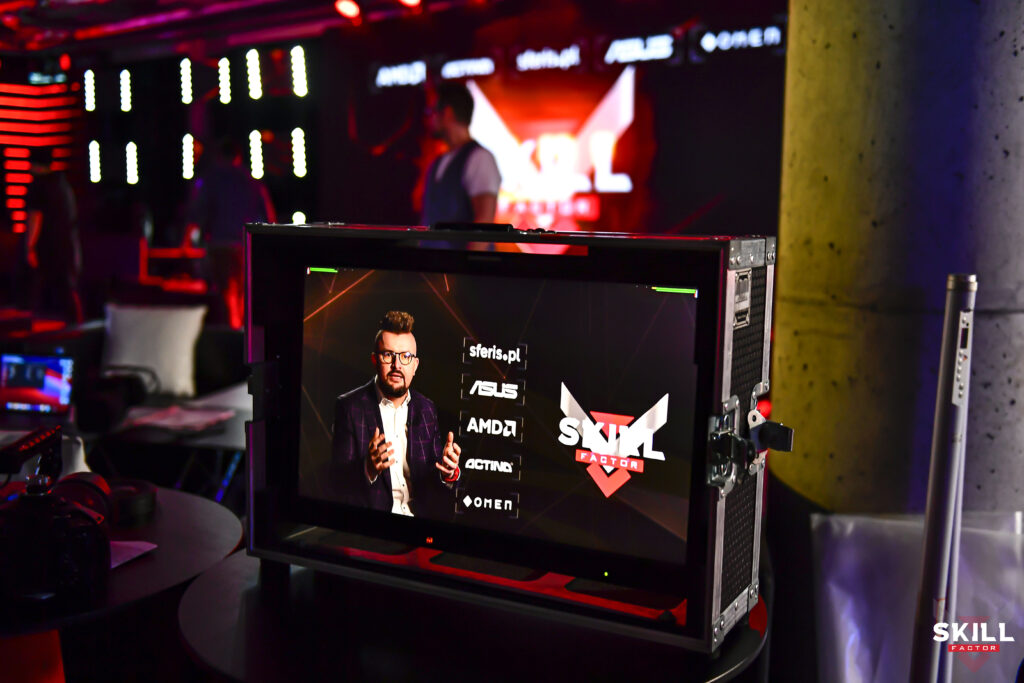 “We are proud of what we have achieved in the first season of SkillFactor – we have created a new format filled with high-quality videos. Players taking part in the tournament got a chance to make their dreams come true and gain publicity on the Polish Counter Strike ”Global Offensive scene.
We have created a unique bond between the coaches and their teams during mutual meetings and training. The event was a great success and was very well received both by the community and the entire esports industry. ”
– Artur Gałecki, Head of Communication VYRAL 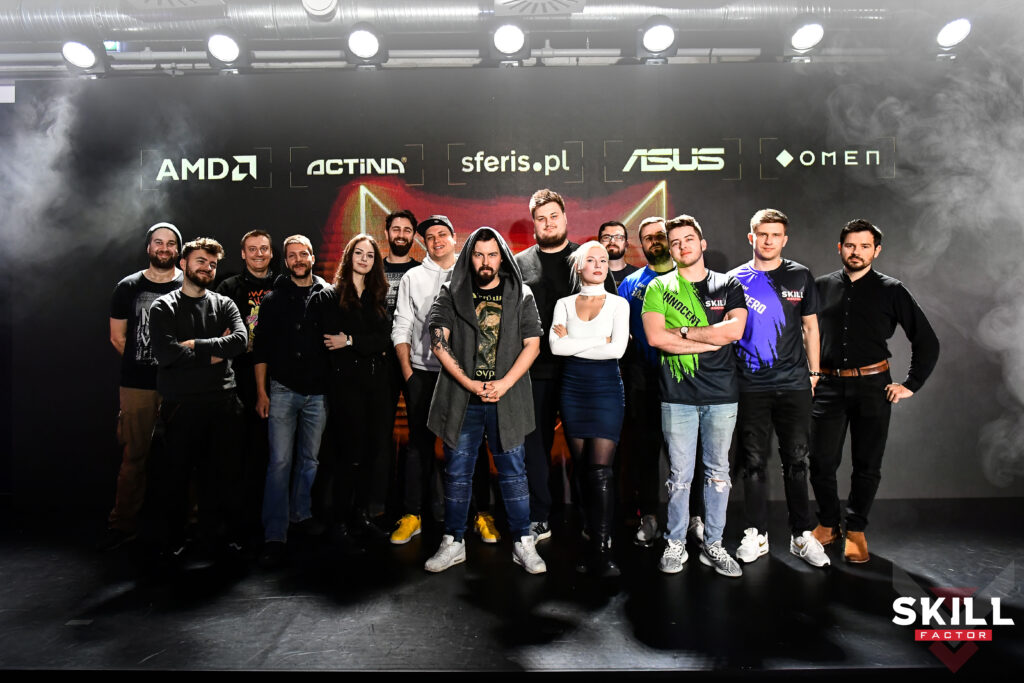 During the course of the project, many video materials were made such as “Why Me” or “Coach on Target” that helped the audience to know Skillfactor stars a little better. We put a lot of time and effort into creating them, because our aim was to create a bond between the viewers and Skillfactor that translated into a massive number of players willing to attend in the tournament.

The partners and sponsors of the project were ACTINA, Sferis.pl, HP Omen, ASUS and AMD. Each of the partners prepared special limited-time offers for the duration of the event, which were available on the Skillfactor website. 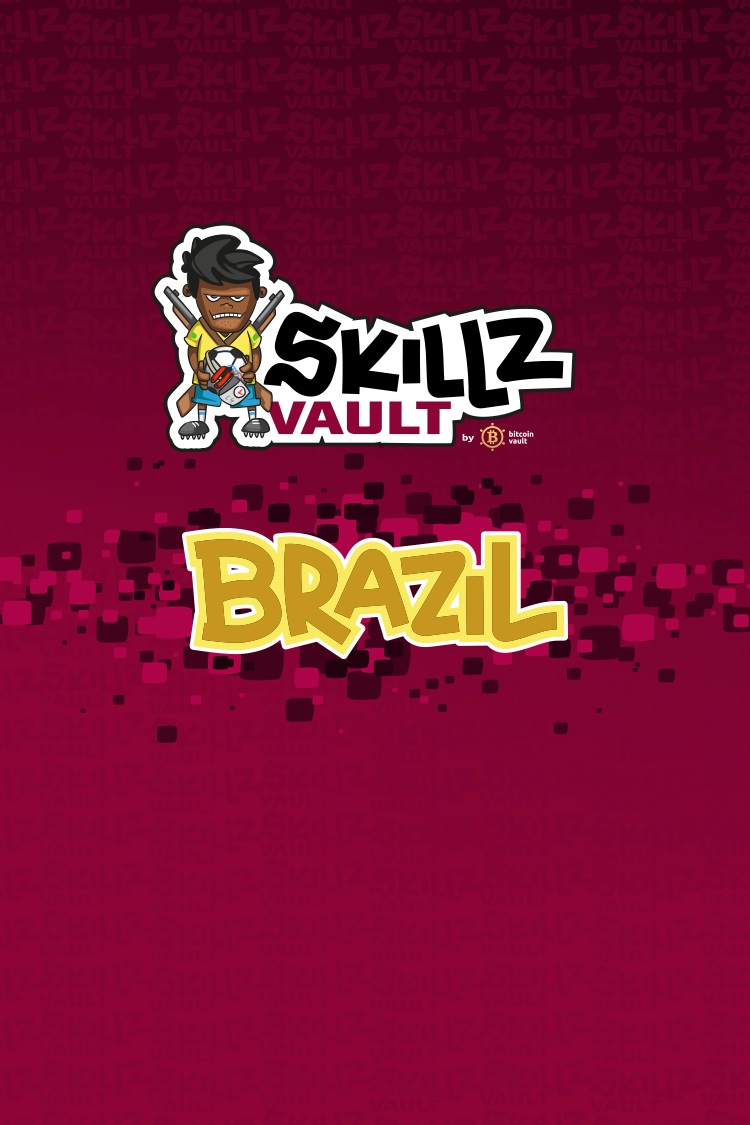 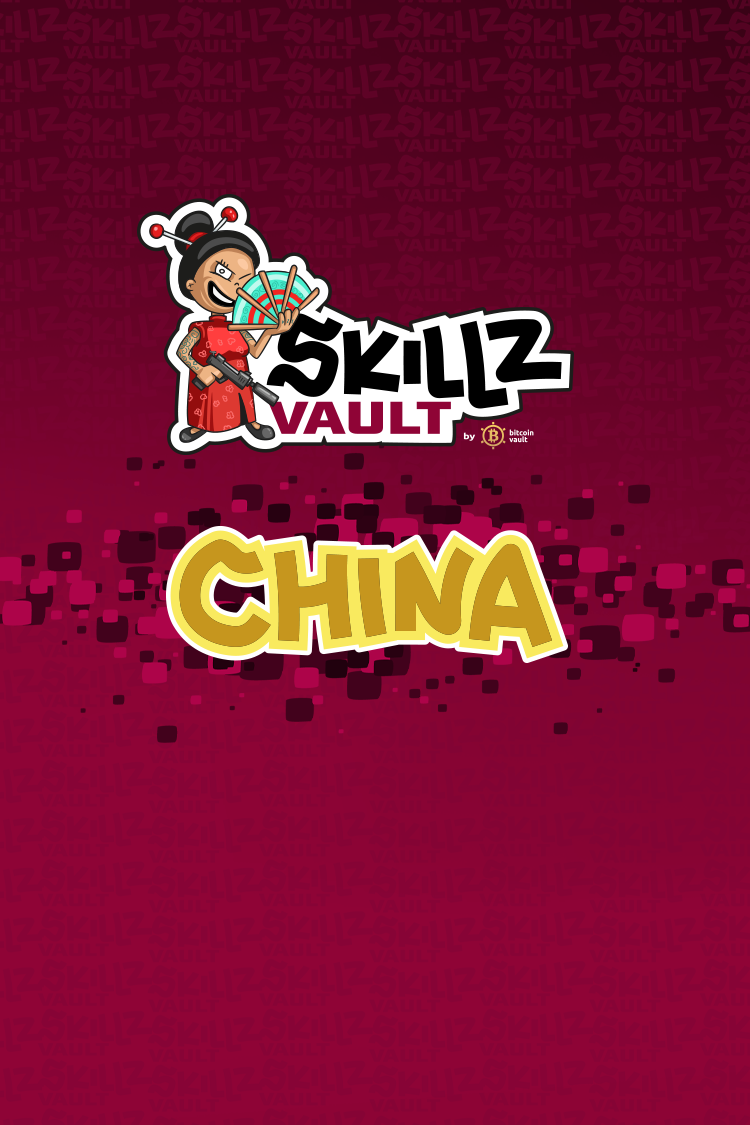 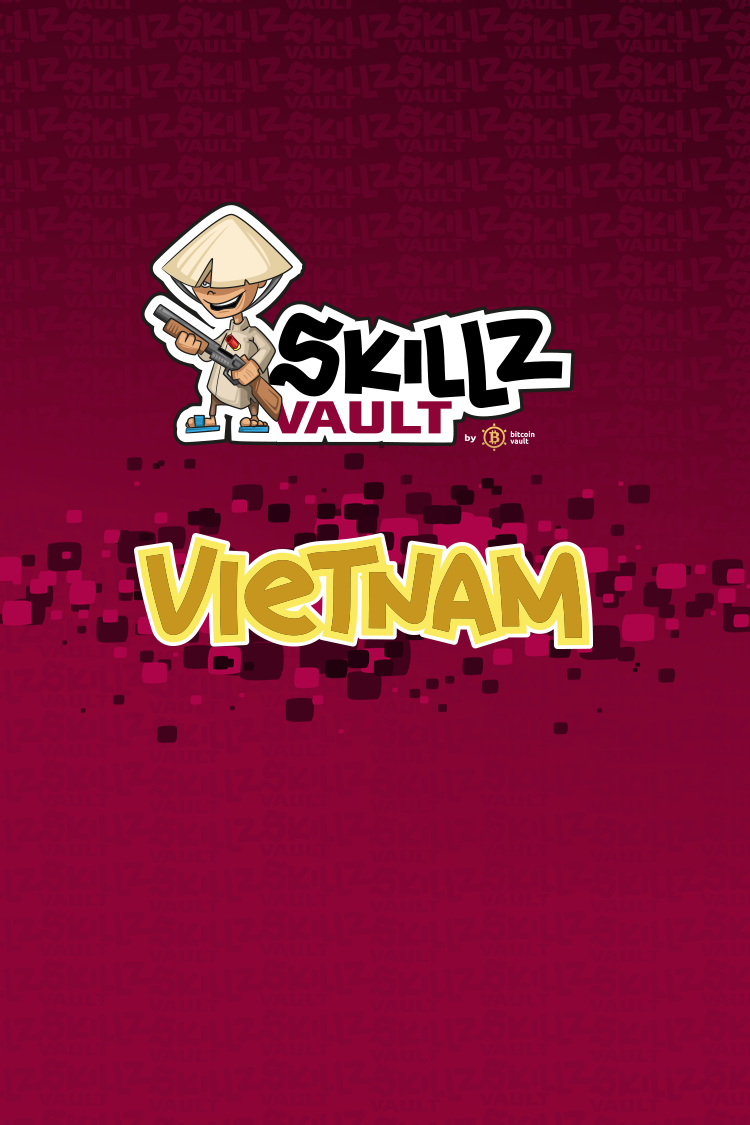